Celebrating the 25th Anniversary of HBO's The Sopranos

We celebrated the 20th anniversary of The Sopranos by handing out mob nicknames on Twitter. In less than a day, without media or paid influencers, we created a tweet frenzy fueled by celebrities that reached over 300 million and drove a 350% increase in streaming views on the day of the stunt. 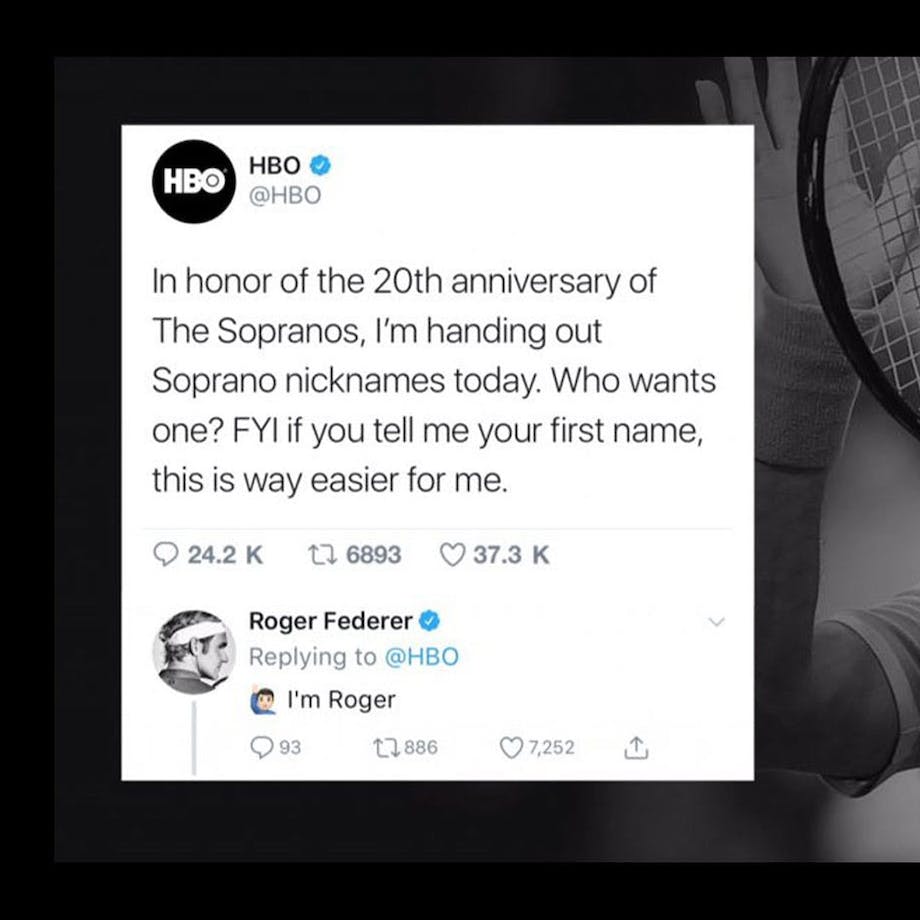 Our content division developed a social stunt to re-contextualize the series into a modern cultural language.

The stunt started by building hype.

increase in streaming views on the day of the stunt.